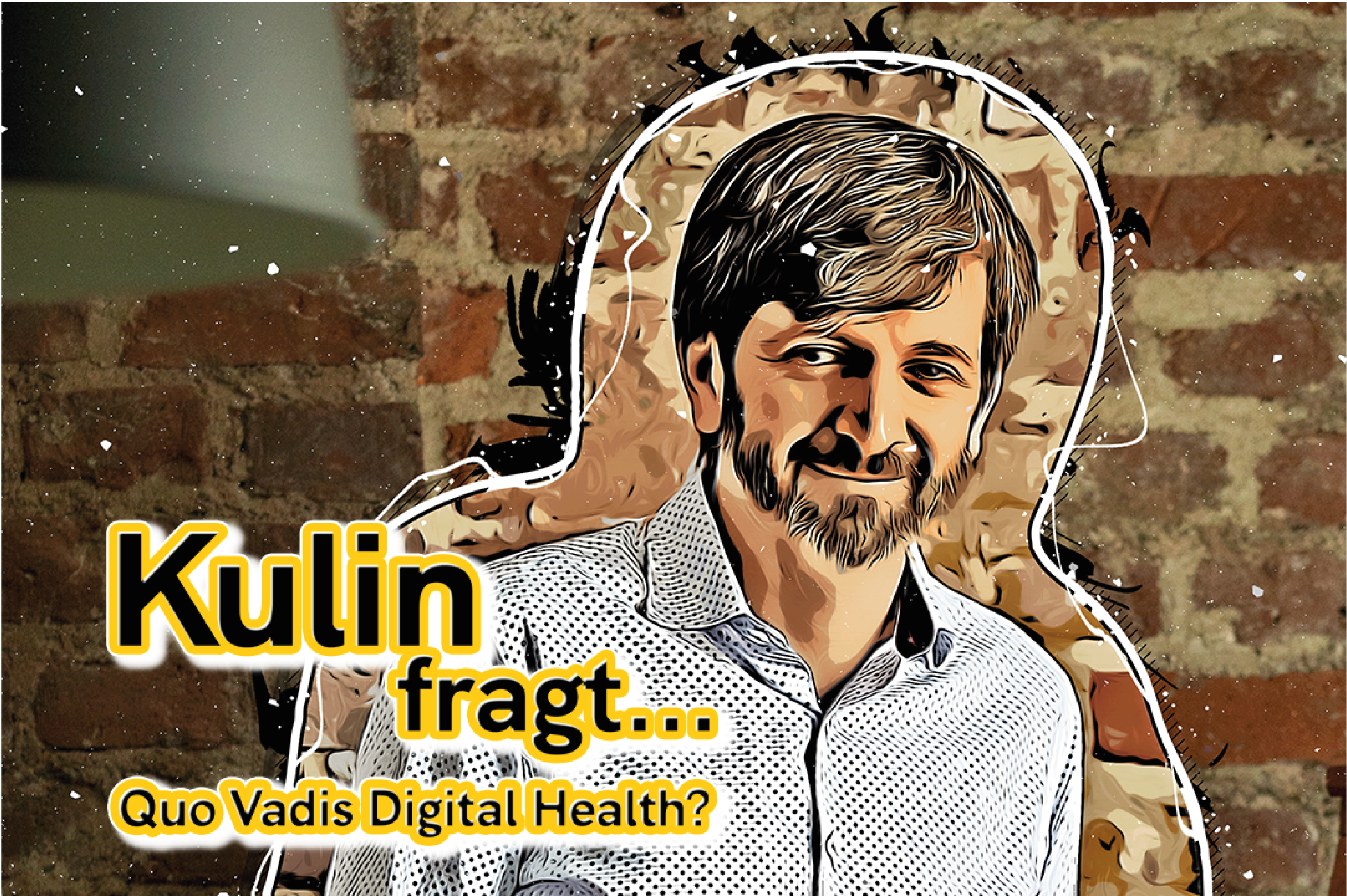 No one would speed toward the end of a traffic jam at 180 km/h and then be surprised that it crashes. Why then do we not recognize risks and dangers in other areas? Here, too, it’s a matter of: Open your eyes and act!

Researchers have been warning about the consequences of climate change for years. And for just as long, we humans and also those responsible in politics have been aware of these warnings, but have not acted accordingly. When half of southern Europe goes up in flames or inland waterways on the Rhine or Elbe run dry, there is a great outcry – especially because supply chains and thus industry and the economy are again severely affected, and not so much because of climate change. But who could have foreseen this? When water levels return to normal, the outrage is often forgotten.

A similar behavior can be observed in the healthcare sector. There, too, the surprise was supposedly great when Amazon finally put its foot in the door of the healthcare industry with the acquisition of One Medical in the USA. “Industry members are already alarmed,” wrote Handelsblatt, and further “industry insiders certainly expect a market launch in Europe and Germany.”

If you understand data, you don’t need to be an industry insider

You really don’t have to be an “industry insider” to make this “bold” prediction. On the contrary, I already asked two years ago whether we really want to leave our health data to Amazon. Amazon knows how to profit from our data, our behavior, like no other company. Healthcare is no exception. On the contrary: presumably, on their way home from a One Medical clinic, patients will still see the corresponding hypertension medication in the Amazon Pharmacy, just like the exercise bike. As they say, other customers with their chronic history also bought…

However, I do not want to philosophize about Amazon in this commentary, nor repeat my observations already made two years ago, nor even join in the outcry of the “industry members”. I want to encourage, share a vision and show that we still don’t have to leave the field to the US tech giants. It’s not too late for healthcare – I don’t like to judge that for our planet right now.

Outrage gets no one anywhere, action does

What particularly disturbs me about the outrage that is currently being expressed in so many places is that it falls flat. Because in principle, such a reaction accompanied by strong emotions is something positive – if it leads to action, a revolt or a rebellion. So dear “industry members on alert,” let’s make something out of this outrage.

Who doesn’t know where we can start: In my opinion, at a European cloud solution for healthcare. Because instead of debating where security standards are higher, stored locally or in the cloud, we could just build a European solution that meets our standards.

Because if we are completely honest, we know that the future of healthcare will not work without cloud. Not even an electronic patient record can exist without cloud. Yet we debate the pros and cons instead of the how. We also know about the dangers on the road, but we still get into our cars because we have taken the appropriate safety precautions – at the factory. No car manufacturer would sell a car and then tell the buyer “by the way, don’t forget to install the airbag and connect the brake line before you drive off”. So let’s build the data cloud for healthcare according to our (security) ideas. Because that would also be a clear signal in the direction of the tech giants.

What such a cloud project also shows, however, is that No one will be able to do it all alone. We need collaboration, we need smart people who pool their expertise, and we need cross-border cooperation, if possible across Europe, in order to be able to counter the strong competition from the USA and Asia. I still see a major hurdle here at present, simply because there is still a lot of “excitement” in the market. It’s a bit like the gold rush in the Wild West. But with today’s distance, hardly anyone would sell house and yard and go on a nugget hunt. It would be much smarter to supply the gold miners with shovels, shoes and all the other paraphernalia – and a quick way to prosperity it probably would be, too.

What I want to say is: we are making a lot of experiences with digitization projects in healthcare right now, let’s bundle these experiences and develop Best Practices, Best Solutions, Best Collaborations from them. If everyone contributes the part to the system in which he or she excels, it will become the system – and industry outsiders like Amazon would also have to play by these rules of the game that we have defined. What do you think?

The positive news is, there are tentative trends toward thinking ahead about the healthcare system. Some large hospitals are developing long-term strategies and mission statements about what healthcare of tomorrow can and should mean. We need to discuss this. We have to become status quo changers – otherwise others like Amazon will change the status quo. And whether we like it or not, we’ll just be watching and may have to explain to our children in ten years’ time why we as decision-makers didn’t see it coming or didn’t want to act. So the question is: Do we have to justify ourselves to the next generation or can we tell them about how we together made a vision come true? As I said, it is still up to us.