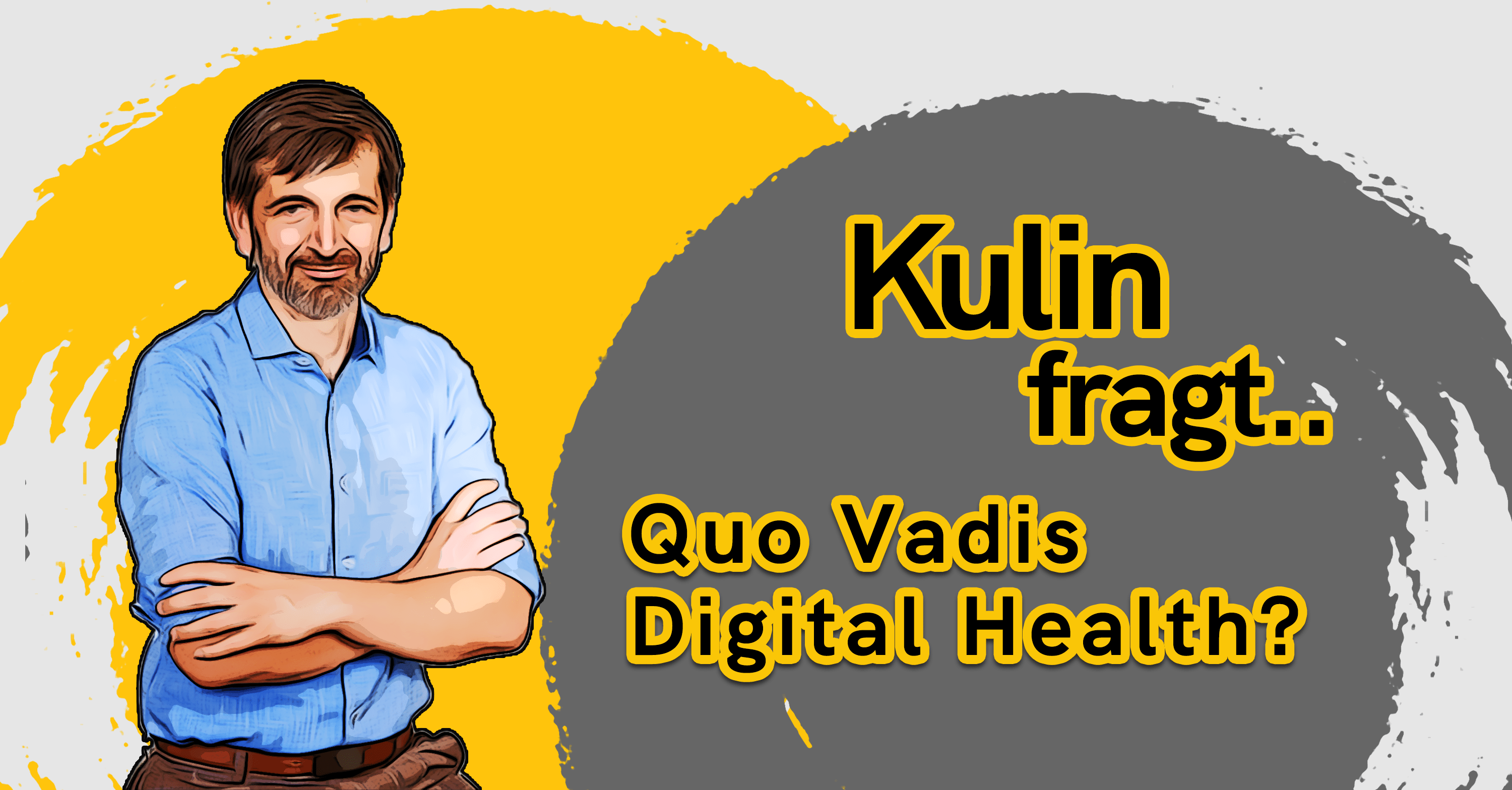 There are always terms that every company wants to be associated with. In healthcare, it was first telemedicine, now it’s platforms. For customers, however, it is becoming increasingly difficult to separate the wheat from the chaff.

2022 was a good mushroom year, I’m told – so at least diligent pickers were compensated for the too-dry summer months now in the fall during the mushroom peak season. Boletus, boletus, birch mushrooms and who knows the right places, can find quite tasty chanterelles or even a curly hen. As every year at this time, however, nature conservation organizations and medical experts warn of dangerous mix-ups. Some edible mushrooms have poisonous doppelgangers and whoever catches the saffron umbrella instead of a parasol has to struggle with a nasty stomach upset after the meal at best.

Mushrooms are absolutely fascinating, because what we harvest is only a fruiting body. This above-ground part actually only serves to distribute the spores and thus to reproduce. The much larger part of the mushroom represents an underground network that, under optimal conditions, within a few hours sprouts the fruiting bodies that are so tasty for us.

You missed the mushroom season? Do not worry! A similar phenomenon can currently be observed in the health sector. However, it is not mushrooms that are suddenly appearing everywhere, but platforms. Almost every self-respecting player is currently busy launching its own platform. The term seems to be very elastic, and it’s not always clear what the purpose of some platforms is, so for potential customers, just like when you walk into a mushroom, you have to watch out for the inedible.

To better understand what is currently happening, it is first advisable to understand the platform economy as such. It is by no means a new invention. Rather, it is the large platforms such as Ebay, Uber and Amazon that everyone is currently emulating. It’s no wonder that all of them are extremely successful companies whose monetary superiority is based solely on bringing supply and demand together in a kind of marketplace – and doing so almost without competition.

At this point, it’s worth a little digression to understand the difference between a pure marketplace and a platform. The main reason why no one can get past Amazon (or other established, “real” platforms) is direct access to end customers. And Amazon has successfully built this up via its numerous additional services, Amazon Prime. So instead of “only” bringing supply and demand together, platform providers with a high level of service – from an IT perspective, usability also plays an extremely important role here – create a strong incentive for end customers to use their platform as a first port of call. Google has created nothing else with its search engine, which has even made it into the German language as a verb. Hand on heart: how often do you Google?

But the reason why half the healthcare sector in particular wants to become platform providers is probably the superiority that the big role models have created in other areas. The consultants at _fbeta just went to the trouble of defining the different types of platforms for a recent study, published in late September 2022, with the resounding name “Increasing innovation and productivity in healthcare through the use of digital platforms,” and came up with three: The development and product platform, the integration platform and the networking platform. And while all three variants have their justification, the networking platform is certainly the most exciting for the healthcare sector at present. This is because it establishes relationships between actors in addition to relationships of components and systems. And that is perhaps the greatest shortcoming of modern medicine at present: There are hardly any, if any, relationships with the most important people in the healthcare system, the patients.

The network in the background is what counts

The advance of the platform economy in the healthcare sector therefore has its justification. And the “increase in innovations and productivity” already mentioned in the study title is also tangible. However, what is obviously forgotten – and here I come back to the mushroom analogy once again – is that what we as users see and operate as a platform at the end of the day is merely the fruiting body. A small, front-end part of an ideally widely ramified network.

Without such a network, a partner ecosystem, no platform economy. For store operators, it is cheaper and more efficient to sell goods via Ebay or Amazon because that is where the customers are. However, they are only there because both companies have ensured in advance that the interesting stores and brands are represented on their platform. They have therefore further expanded their “underground” network, which is not visible to the end customer – keyword “additional services” above. This approach can always be observed among companies that are successful in the platform economy – regardless of the industry.

After the boom comes consolidation

It is understandable that everyone is currently trying to build up their own platform, but it is neither economical nor effective. There have been companies that have tried to “challenge” the major platforms – and failed. This is an absolutely normal process, and after an initial expansion there is always a consolidation – because only those who have built up an appropriately strong partner ecosystem as a basis at an early stage and can thus offer customers and users real added value will prevail.

What is critical about the current phase is that customers and users have to distinguish the “edible” mushrooms from the “inedible” ones. There is help for this, no question, and yet, as with picking mushrooms, you still have to look carefully so that not a single mushroom spoils the whole dish.

So the first thing to look for when choosing a platform provider is the “underground network. Who is he working with? Have partnerships been formed? Is an open system promoted and required via interfaces? These can all be initial indications of the sustainability of a platform. And then it is also worth looking into the future. Is it a matter of offering a short-term solution or is thought already being given to tomorrow and the day after tomorrow? Here, too, open interfaces can already reveal a lot. At what intervals are software and code scrutinized? Is it possible to react promptly to market changes? We are in a critical phase of the digital transformation; wrong steps at this point can be expensive and cause far more than just a rumbling stomach.