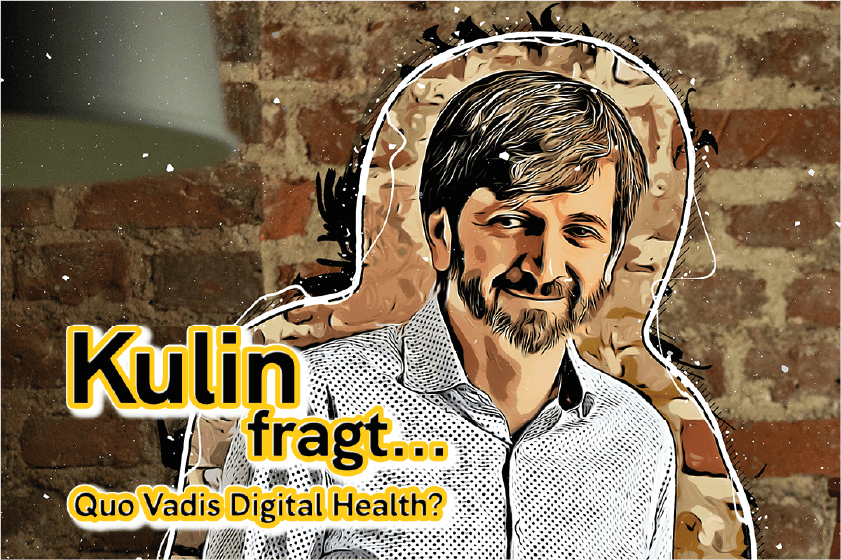 We should actually be breathing a sigh of relief: the corona pandemic is (almost) over. But the healthcare system is not quite ready to rest easy. On the contrary. The reports from family doctors’ and pediatricians’ offices are alarming, and the hospital beds are full. Do we really need an even clearer wake-up call to finally work on modern, digital, efficient and fairer healthcare?

Whether it’s after winter, as intensive care physician Karagiannidis predicts, or already, as Drosten proclaims: What is clear is that the Corona virus has probably lost its terror. Has it therefore become quieter in doctors’ practices and clinics? No, because the corona viruses have simply been replaced by other representatives of the same guild. Influenza and RS viruses, short for respiratory syncytial virus, are currently causing a similarly tense situation as in Corona’s heyday. The RS viruses hit children especially hard – also because there are hardly any medications left.

A mother with young children in her circle of acquaintances put it very aptly. She said that it is frightening when parents are sent home with prescriptions for home remedies instead of medicines, which is just the sad standard in many parts of the world.

Have we really done our homework?

In the media, the currently again very tense situation in the health care system takes place much less. The Corona pandemic has definitely been given more space. On the one hand, this may be due to a surfeit of this type of reporting. As harsh as it sounds, however, it is probably also due to the fact that it is mainly children who are affected, which is why the overall economic impact is lower.

That alone says a lot, but at this point it should not obscure the fact that we are obviously at a crossroads in terms of healthcare. The question is whether we really want to live in a world in which simple fibersenkende medicines for children are scarce goods or parents are turned away at the clinic door because there are simply no more beds available.

Because if the mixed situation of these days shows one thing more than clearly: We have no time to breathe. The vehement restriction of contacts and the consistent wearing of masks have led to the fact that the “normal” viral load is now hitting us in a concentrated way – and it is hitting a health care system that is already permanently groaning and groaning under the immense load. During the Corona panemic, we were able to learn a lot about these “rotten” spots, but obviously we have not yet been able to fix them. And if the burden continues, it is quite possible that the sad standard that people know of health care in many other countries will become a reality in this country as well.

If we want to change this, we need to talk about the financing of healthcare. This is precisely what the Ministry of Health is currently doing – but it is meeting with clear criticism in the process. Lauterbach’s hospital reform, for example, is succinctly fobbed off as a “little reform” in the Berliner Zeitung.

And indeed, we have a problem if it is no longer lucrative enough for pharmaceutical companies to produce drugs for children. I think that politicians and industry should sit down at the same table to discuss the issue of widespread availability as a counterweight to profit optimization. This will probably require both sides to approach each other. We also need to take a closer look at private capital in some areas. Namely, when certain areas such as ophthalmology and dentistry are privatized (= get access to capital), while less lucrative areas, but which unfortunately form basic care, have to fear for their existence. Just at the end of December the Lahn Dill clinics, a clinic group in public hand and essential for the supply in the hessian region Wetzlar, Dillenburg, Braunfels, had to announce a record loss. A minus of 14 million euro stands at the end of the economic plan for the coming year.

With this one example it will not remain, as the straight published hospital barometer shows. Here one assumes a high percentage of hospitals, which will close 2023 with red numbers. However, the Lahn-Dill clinics are particularly exciting because regional care, especially through medical care centers (MVZs), is so interesting that more and more financial investors are becoming involved in this area. Health Minister Lauterbach also wants to ensure that this market, which should not be one, does not become one. However, some areas – experts (dis)like to mention radiology as an example – are already on the way to becoming a veritable oligopoly. There is no question that this is a fine line – on the one hand, quality health care needs (private) capital, but on the other hand, not only the raisins should be financed. But from my point of view, we have to work constructively on solutions and possibly also take new, unknown paths – just as an idea…

So if MVZs are exciting for financial investors, but a regional clinic is making such high losses, the greater efficiency that outpatient care obviously promises from an economic perspective must at least be a decisive factor. Ergo, in order to achieve greater profitability, it must be possible to increase the efficiency of care overall. This would mean that commercialism does not necessarily have to be detrimental to health if the factor of economic efficiency is used as a yardstick for what can endure in the future. It is important, however, that we remain equitable in the process. This means that supply and demand must not determine the price and quality of care; high-quality health care must reach people everywhere. And that will hardly be possible without a change in thinking and without digital solutions.

Telemedicine solutions could currently ensure that parents receive medical support and close monitoring of their children even when all hospital beds are occupied or when the specialist for the very same illness is located in the university hospital 150 kilometers away.

Children are dying of respiratory diseases in Germany these days because there is a shortage of beds and staff in the medical and nursing professions. We can’t accept that – especially since the strain situation won’t get any better if we don’t change anything. The pandemic was the wake-up call. Have we pressed the famous snooze button and now woken up in the middle of the next (health) crisis? Now, at the latest, we should recognize the need for change – and seize the opportunity it presents. Continue as before? Hardly possible! And it can’t really get any clearer than this – hopefully.